In 2022, Babolat becomes the Official Stringer of The Championships, Wimbledon

Babolat and Wimbledon Build Upon Long-Standing Relationship.
The brand’s unmatched stringing history and expertise set a new standard of excellence for competitors at the Grand Slam. The official Babolat Wimbledon product collection will inspire current players and future champions of the game. 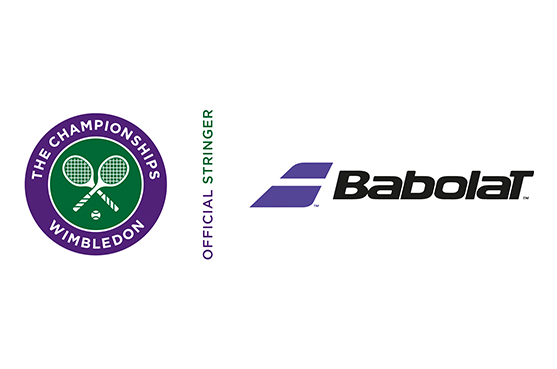 Babolat invented the tennis racquet string in 1875 in France, one year after the rules of the sport were ratified in England. Drawing from nearly a century and a half of innovation in tennis equipment, the brand emphasizes the importance of strings to a player’s on-court success: the strings account for 50% of the racquet’s performance, with the racquet itself contributing the remaining 50%. It’s this interaction between the racquet and strings that allows players to maximize their performance. Babolat also understands the necessity to properly string racquets according to players’ needs. During Wimbledon, Babolat’s official stringing service will feature a team of international stringing experts to prepare the racquets of the top ATP and WTA players, carefully and meticulously aligned to their specifications.

Eric Babolat, President of Babolat, underscored the value of the partnership, saying, “This is an exciting new chapter for our shared history. By supporting The Championships with our expertise in racquet performance, we’ll enhance the on-site experience for the game’s top competitors. And together, we also have a fantastic opportunity to grow the game with current players and the next generation of champions by sharing the energy of this special tournament and helping fans to live the experience through exclusive products.”

Gus Henderson, Commercial Director of The All England Lawn Tennis Club, said: “We are delighted to welcome Babolat as an Official Partner of The Championships, after a decade-long licensee relationship. Providing a world-class racquet service for competitors at Wimbledon is crucial to the success of our event and we have the utmost confidence in the Babolat team’s ability to deliver on this ambition. Through the partnership, fans of Wimbledon will be able to dress the part year-round with the Babolat range of products available through the Wimbledon Shop.”

Official Partner of The Championships, Babolat designs the official racquets, tennis bags and tennis footwear of the event: a limited-edition collection to serve up a taste of the Grand Slam atmosphere to fans around the world. Many Babolat champions will take to the courts equipped with a variety of Babolat Wimbledon products.

For 2022, Babolat offers a full range of racquets available in adult and junior models, including the Pure Drive Team Wimbledon with its outstanding design conveying both modernity and vintage elegance thanks to touches of gold and dark green as well as a leather grip. Babolat Wimbledon official footwear, perfectly suited for the grass courts of SW19, will be worn by the ball boys and ball girls.