“I was always more of a tactician, I like to support them on a psychological level” – Frank Vincent

For Canadian badminton coach Frank Vincent, the passion has always been the teaching.
So when an unexpected opportunity to coach the sport came along when he was still a teenager, he grabbed it.

And he has never looked back.

“I had been playing badminton for two years and the coach left suddenly,” Frank says. “Another coach arrived – and a couple of weeks later, he died of a heart attack. It was a pretty intense moment for everyone. We were in shock, and we were so young – I was 15 or 16. I took over the team, and we finished the season.”

Frank’s fellow players urged him to keep going. So he sought out the necessary training, and threw himself into it wholeheartedly. Decades later, he retains that same passion.

The passion is necessary. He can count on one hand the number of coaches in his home province of Quebec who make a full-time living from it.

“It’s not something I ever relied on to make a living,” he says. “But a lot of my life decisions have been based around it, because it’s a great passion. I’m lucky to have a supportive partner. I have accompanied players at national and international levels, but at a certain point, you have to make choices. When you have a family, you have to put food on the table.

“At the point where I had offers to make it a full-time job, the timing was never right,” he adds. “When I was younger, I envied some of my colleagues who did. But with the benefit of hindsight, I love having the balance and the freedom.”

Frank has always considered himself a developmental coach. But he has brought several athletes up to the international level. There, he left them in the hands of full-time coaches who were able to offer the necessary infrastructure.

But he always keeps in touch, stepping in when needed, as all along he has encouraged his athletes to listen to other voices. 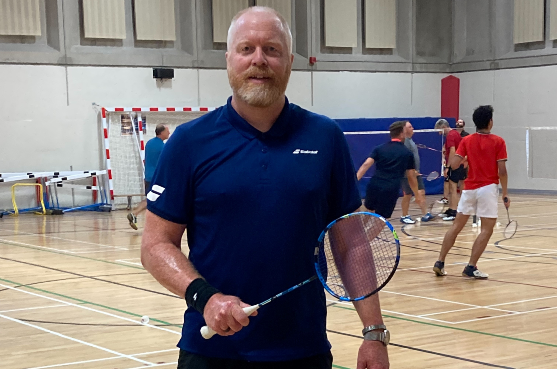 Frank says he’s no better at the technical side than other coaches. The passion has been in mastering the other elements of the sport. “I was always more of a tactician, I like to support them on a psychological level,” he said.

So unlike many coaches, Frank says he enjoys the process more with the female athletes. “I don’t want to fall into stereotypes, but women challenge me more, and I have developed more as a coach training female players of different ages. It’s a bit simpler with boys and men – but not necessarily better. Just different. Sometimes the explanations go a little quicker, but with the boys, I have to repeat it more often.

“With the girls I might explain longer. But once it’s explained and understood, we’re good. They challenge us on the process while with the boys, more often it’s all on the results,” he added. “My best successes have been with the boys. But numbers-wise, I’ve had more success with the girls.”

Frank had two athletes at the national level who stopped playing in 2020. But just as he returned to the grass roots to develop a new crop, the pandemic hit and the sport was shut down in Quebec. And that’s a concern.

“My worry is that the athletes we had might give it up,” he says. “It’s been a long time, and it’s not easy. When you’re 12 or 13, a year is enormous in your development. We can’t make up for lost time with this batch. We have to accept whatever progression they’ll have, given the circumstances.”

In keeping it local, the support from Babolat has been invaluable. “It’s a great sponsorship for a coach. They give me everything I need. And we put more money into the small tournaments with the kids – especially the really young ones. They absolutely adore it,” he says.

“The Babolat products are becoming more and more known in badminton, and they’re top quality. Everyone really likes them. And when we do Babolat clinics … when people hear the name, there’s a credibility that goes with it, along with good core values.

“Look at Rafael Nadal in tennis. He personifies hard work and good sportsmanship. And I try to promote the same values.”