Inventor of the tennis string in 1875, Babolat is undoubtedly the most qualified to appreciate the essential role of strings in the game. For this reason, the brand has not stopped innovating in order to anticipate the needs of players. The RPM range, designed by observing the game and its evolution, is the perfect proof.

In the early 2000s, monofilament revolutionized tennis by allowing players to hit with even more spin while maintaining very good control. Today, the majority of champions on the circuit use this type of string. Rafa Nadal and his RPM Blast are the perfect example. Nevertheless, in recent years a trend has emerged that focuses on the need for better feel at impact, with even more power.

Henri Cochet, one of the famous Musketeers, regularly explained that the game of tennis was played by ear.

In a sense, this is still the case as players search for a more “clear” sound with each stroke. This inspired the Babolat teams to design the RPM Power. The parameters of the extrusion of the string–the moment the string is formed–have been calibrated differently and optimized to provide more flexibility resulting in more power. A specific coating has been added to give the string the feel and sound that players expect.

“We had a real demand for more power, while keeping the famous RPM spin. There was also this demand for a more ‘crisp’ sound and feel, which gives players more confidence,” says Alexandre Israel, Tennis Category Manager. “We worked in this direction and did a lot of tests with many players including Dominic Thiem. He was immediately attracted to it and adopted the RPM Power, which reinforced our research. This is particularly satisfying as all specialists know that the Austrian player is looking for the ultimate power with spin, where the ball is spinning fast, while having the optimal sensations required by his game.

“I think it’s sticking to the string very good and I like it. The string is biting into the ball. Way more powerful this one. I really like it. It’s nice” said Thiem during the test. 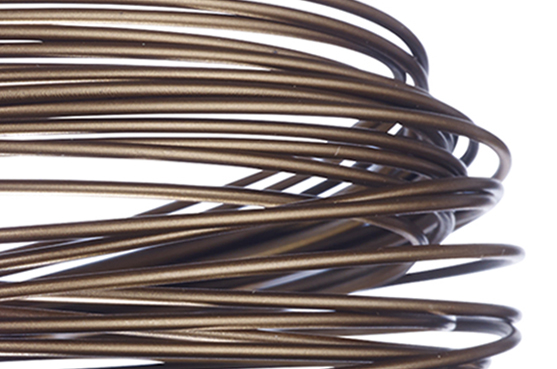 The new color of RPM Power really make an impression. With its glossy “electric brown” color, it stands out from all other strings.

Fans will have to wait to discover the RPM Power until December, the official worldwide launch date for the general public. Beforehand, more than 10,000 test packs are circulating among coaches and brand ambassadors to discover and test this string with unique properties.

Because strings represent 50% of the racket’s performance, soon you will be able to make a difference on the court with the RPM Power and its enhanced spin and power.