A talent coach’s guide to developing your technique

Performance strategies in badminton can differ In different phases of the match. These key techniques tried, tested, and approved by badminton coach and former professional player Peter Zauner (men's doubles ranking: 22) will help you up your game:

In badminton, multiple factors can influence your behavior, reflexes, and movements, while training and strategic thinking can boost your reactivity, anticipation, and control on court. But how do players work on these factors to improve their game? Coach and former professional player, Peter Zauner shares his secrets.

The factors that are most likely to destabilize you under stress are losing control and not being 100% on your game. When he was playing professionally, Peter personally used a three-trigger training plan:

- Racket-up: Keep your racket up to react faster and more instinctively with a strategic positioning.

- Move Your Leg: This reminds players to keep on moving and prepare to attack rather than take up a static position and play defensively, leaving your opponents in control of the game and its pace.

– Forward: If you forget to move forward, the player opposite will not forget to aim for the net!

The idea is to summarize a rule or strategy in a single word - a trigger - that makes it easier to remember. And then focus on these triggers in a potentially stressful situation, such as a competition.

You can apply this sure-fire method and valuable advice to both singles and doubles matches. But remember: “Develop a good strategy in training. In a tournament, under pressure, it's difficult to improvise.” 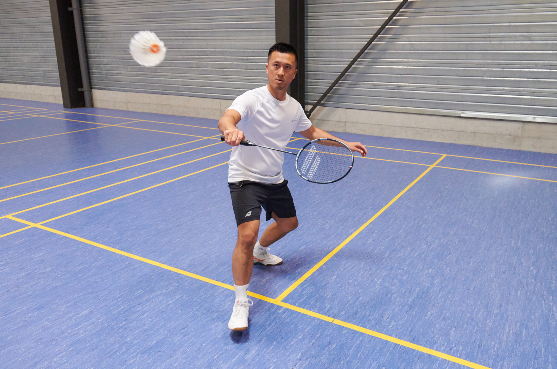 Capitalizing on relationships of strength

Knowing your opponent's weaknesses is all about tilting the power relationship in your favor.

"It's hard to know a player's weaknesses until you've played with or against them,” says Peter. “When you are preparing for a match, it’s really important to get to know his or her profile. It’s best to watch videos of them to study their basic techniques, how they position themself, and their strong points, and to build a coherent and controllable action plan around your analyses.” Preparing helps you feel more confident and centered, and you are less likely to find yourself in tricky situations.

- If your opponent is better at defense: Defensive players tend to weaken their opponent by playing on their fatigue. Playing fast shots and alternating the pace of replies boosts endurance, limits your movements and, above all, allows you to regain control of the game while strategically adjusting your movements.

- Sometimes players are versatile. If you find yourself in this situation, strike the right balance between defense and attack and see what works best in the moment. Remember, if you think your opponent has understood your strategy, change it to destabilize them and make your moves less predictable.

The final goal, according to Peter, whatever the level or type of opponent you’re playing, is not to blow all your energy on the start of the game, as you risk fatigue and may reveal your game too soon:

"A player shouldn't reveal their true style right away, because then the opponent knows your game. All the best players, especially in the first few rounds, economize their energy, and then, at the end, use their secret weapons to swiftly win the set.” 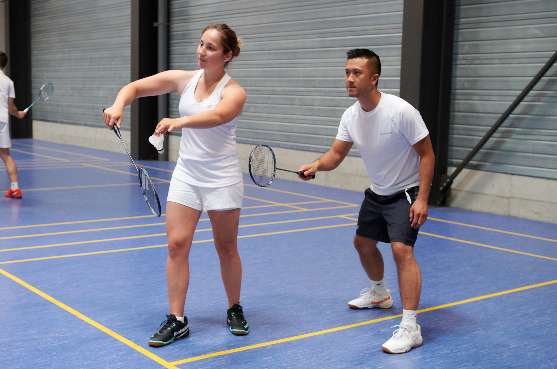 To throw your opponents off balance, you need to use the least accessible zones on the court. Aim for the sides at the back of the court at the start of a match to make them run and break up their position, especially in junior and senior play. If it works to your advantage, your opponents will not be able return the shuttlecock correctly and you simply need to stay in front to smash it.

Another sensitive zone is the net. Good net play is about blocking attacks, being precise on the toss and adopting a strategic positioning.

Distance and your opponent

According to Peter, getting as far away from your opponent as possible is a good strategy if you want an overview of their intentions, movements, and the opportunities you might open to them. When it comes to anticipation, reactivity and understanding the game, it is difficult to make an instinctive or reflective analysis of the situation with your nose in the net!

"My strategy was to play as far away from my opponent as possible and to catch the shuttlecock early, and then send it back fast so they had to run, with no time to return the attack."

Distance and your partner

The first mistake players often make, especially when playing doubles, is positioning. They usually play side by side, one side each. Players need to work on a much closer positioning and evolve over time. The evolution needs to be synergistic and "avoid any space between players by covering 70% to 80% of the court together".

Improving your game in attack/defense

To work on your attack/defense strategy, the main exercise in badminton is 2 vs 1.

One side has two attackers, one at the front and one at the back of the court, both playing against a single defender. Both players attack, and the goal for the defender is to return the shuttlecock while making sure the shot does not put them under more pressure.

"It's an incredibly good exercise in defense and for playing in general. The two attackers, especially the one at the back of the court, focus mainly on attacking shots, while the defender, under pressure, tries to control the defense on their own".

It is also possible to play 1-on-1. In this case, the rules are as follows: an attacker plays normally, against a defender, who plays much higher. You can do this exercise in doubles, but "for this to be effective, you need to be 2 against 3".

Improving your positioning on court

When practicing badminton in doubles, and to learn how to position yourself well, Peter suggests the following easy exercise:

“Position yourselves two-on-two on a court. No smashes are allowed. Start side by side, then if there is a lot of movement in the game, split up. One goes to the front and the other to the back of the court. If there is still a lot of movement, return to the side-by-side position. There is enough time to change position, because the game is not fast and there are no smashes. This makes learning the position changes quick and easy.”

Physical and mental preparation is a good way to calm your nerves and prepare for an important match or competition. Remember your distance, positioning and strength relationships in order to keep your advantage through anticipation and reactivity.