“My main goal is simply to be the best version of myself.” – Alexandra Eala

The Philippines is not known as a great tennis power, but that might be about to change over the next decade – thanks to Alexandra Eala.

The 17-year-old from Quezon City became the first player from the south-east Asian country to win a Grand Slam junior title, when she beat Lucie Havlickova from the Czech Republic in straight sets to win the US Open girls singles without dropping a set. That made it a US Open treble for players using a Babolat Pure Aero racquet, alongside men’s singles success for Carlos Alcaraz and the men’s doubles title defence of Rajeev Ram. 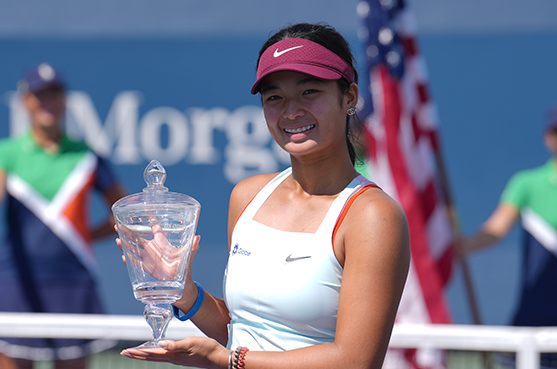 Like many professional tennis players, Alexandra – or Alex – picked up a racquet when she saw another member of her family playing; she was not quite four years old at the time. In her case it was her older brother Michael, currently playing college tennis in the USA, but their main early boost came because their grandfather was a modest coach at the local tennis club.

Before long, Alex had showed such potential that she had outgrown her grandfather, and was recruited to two ITF touring teams, one when she was a youngster, the other in her teens. “I had to get out of the country,” she explains. “I was happy at home, but the Philippines tennis scene is not very developed, so I needed the chance to play matches and tournaments against better players in order to get better.

Her big breakthrough came when she was given a wildcard into the prestigious tournament ‘Les Petits As’ (the little aces) in France, effectively the world under-14 championships. Against all expectations, the left-handed Filipina won the tournament, which brought her to the immediate attention of talent scouts, including some from the Rafael Nadal Academy in Mallorca.

The academy has become her base in the last four years, and she speaks highly of it as a springboard for young professionals. “It’s a really good environment, everyone works hard, you really have to push yourself but you get the rewards. And Rafa himself is there a lot – he hits with the boys more than the girls, but he always says hello to all the players, and he has been very nice to me.”

After a distinguished junior career which saw her win girls doubles titles at the 2020 Australian Open and 2021 Roland-Garros, Alex left the juniors at the end of 2021 and spent most of 2022 on the lower ranks of the women’s tour, breaking into the WTA’s top 300. But she returned to the junior circuit at the 2022 US Open, reaching the semi-finals in Paris and making her own piece of history in New York.

‘Best version of myself’

With few names from the tennis world having come from the Philippines, she now has a chance to put her country on the tennis map. In recent years, only Cecil Mamiit and Treat Huey have played regularly on the full tour, but they are both half-American having been born in the USA, and had most of their success in doubles. 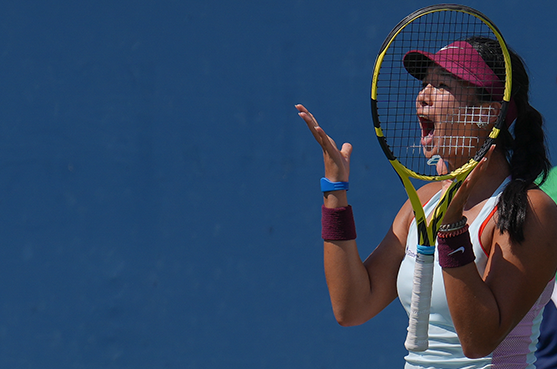 “I’d like to think I have a big platform,” Alex says. “I feel my US Open success was not just for myself but so I could help Philippines tennis.” It could well help – her victory was celebrated by another Filipino global sports star, the former world boxing champion Manny Pacquiao, who tweeted, “A nation of over a hundred million people take pride in your accomplishment. My family and I salute you! Keep being an inspiration. Work hard and stay humble. The world has yet to see more of you and what we Filipinos are capable of. Congratulations!”

So what is Alexandra Eala capable of? “I think if I do all the right things, then world number one and the four Grand Slams should all be achievable goals,” she says. “But my main goal is simply to be the best version of myself.”

‘We both have our feet on the ground. We remain humble and loyal.’

A week at the Rafa Nadal Academy with Hubert Plenkiewicz